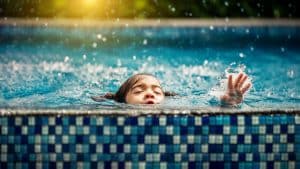 It is no secret that children get hurt—and quite often at that. Playing on a playground, swimming in a pool, or participating in sports are some of the most common ways injuries can happen. What most people do not realize is that while those wounds may heal, the original injury can still lead to further issues down the line.

It is important for parents to know what to look out for when their child gets hurt so they can be prepared for what may come. Today, we want to dive into how these tragedies can happen and what kind of long-term effects can come along with them.

Anyone can suffer from traumatic brain injuries (mild traumatic injuries, or mTBIs, are also called concussions) when there has been a blow to the head, or something causes the head to suddenly and quickly move back and forth. This often happens to children when they are playing and fall off the jungle gym, or are hit with a ball during sports. It can also occur if they accidentally collide with another kid during a game. Traumatic brain injuries are the most common type of brain injuries children experience, and the Centers for Disease Control and Prevention (CDC) claims that they affect children much more differently than adults.

The CDC found that part of children’s brains are affected by the injury long after it is thought to be healed, and important things like the way they think and behave are ultimately altered. This can affect learning, self-regulation, social participation, and all other things needed to become a successful adult later on. In fact, a small study showed that children who suffered from moderate-to-severe traumatic brain injuries during childhood were less likely to have a paying job after graduating high school and less likely to enroll in college.

Children can unfortunately drown in a pool if proper safety precautions were not taken—but it can also happen even when they were. After all, accidents happen. Drowning is a tragic accident that ranks within the top three causes of accidental death around the world, and it is most common for children under the age of five. Luckily, not every drowning results in a fatality. But similar to traumatic brain injuries, even if a child has survived, they can be left with some terrible long-term side effects.

During a drowning, the airways become immersed in water, which restricts breathing. Because of this, the National Library of Medicine found that half of all children who were disoriented or in a coma while being admitted to the hospital for drowning had a poor outcome. Thirty-five percent of those children died, while 15% were left with a severe neurological deficit. When oxygen does not reach the brain, brain cells begin to die within minutes.

If a child is saved even five to 10 minutes after drowning, their brain is forever altered, which means their life is, too. They will likely require a caretaker to help them do every day tasks, like eat, drink, and bathe for the rest of their life. Not only does this affect the child, but it also affects the parents’ lives, as they need to become a caretaker or be able to support their child financially with another qualified caretaker.

Installing fencing around a pool, wearing flotation devices, and teaching children to swim should help decrease the likelihood of an accident occurring, but nothing is foolproof.

The World Class Journal of Pediatric Surgery (WCJPS) lists dog bites as being one of the top causes for emergency room visits in children, with more than 100,000 visits annually. They also found that pre-adolescent children are at a significantly higher risk of an attack than other age groups. Sometimes a dog can be provoked into an attack, like when a toddler thinks they are playing by grabbing and pulling on the dog’s tail.

However, some attacks are completely unprovoked and dogs attack completely unsuspecting children. Injuries can be as minor as a couple of cuts or as major as infection, broken bones, or open wounds to the face that require plastic surgery. Either way, dog bites have some serious long-term effects on children that can last a lifetime.

The WCJPS also mentions that children who were attacked are at a high risk of psychological damage. There is a lot of emotional trauma that comes along with being attacked and bitten by a dog, and these children will likely need proper long-term therapy to work through it all. If it was a bad dog attack which left the child needing plastic surgery, they will have long-lasting damage on their face, head, arms, or anywhere else on their body that they will have to live with for the rest of their lives.

If your child has been injured as a result of an accident or the negligence of another in or around the Charlotte area, reach out to the team at Price, Petho & Associates for help today. Your child  could be entitled to compensation for your pain and suffering. Our attorneys have extensive experience handling complex personal injury claims throughout the state, and we have the resources and knowledge necessary to help recover the compensation you need. To schedule a free consultation, call 704-372-2160 or fill out our contact form today. Serving Charlotte, Rockingham, and Rutherfordton.