Dog bites or other animal attacks can be traumatic and frightening experiences, especially for children. Any dog – whether familiar or unfamiliar, big or small, and any breed – is capable of biting someone. Dog and animal bites can cause pain, scarring and, in some cases, catastrophic injury.

After the initial shock of an attack subsides and a victim receives emergency medical care, it is important to begin to think about compensation for your losses. If you or a loved one has experienced a dog bite injury, the team at Price, Petho & Associates is standing by to help. Our Charlotte dog bite injury attorneys have all the information you need about dog and animal attacks, and the right steps to take after these types of injuries.

I reached out to Price, Petho, and Associates after I found myself in need of an attorney for an accident I was in that led to personal injury. This was my first experience with something like this and they guided me through the process every step of the way. Every question I had was answered promptly and I truly feel they had my best interest at heart. I highly recommend them if you should find yourself in need of these services. – C.P.

There are millions of dogs in households throughout the United States. While dogs are arguably the most popular pet in the country, the reality is that dog bites can cause severe injuries. The American Veterinary Medical Association (AVMA) reports over 4.5 million people suffer dog bites annually, with more than 800,000 requiring medical attention for their injuries. Children are at more risk of dog bites than the rest of the population and, according to the AVMA, “occur during everyday activities and while interacting with familiar dogs.”

What types of injuries do dog bites cause?

Injuries from dog and animal attacks can range from severe to catastrophic. Our Charlotte attorneys can help when you, your child, or a loved one suffer injuries like:

Dog bite victims often experience emotional effects as well, like post-traumatic stress disorder or fear and anxiety. Along with physical injuries, things like PTSD can affect an individual for months, years, or the rest of their life.

If you’ve been attacked by an animal, it’s important to obtain compensation for your injuries. The legal team at Price, Petho & Associates can help.

In some states, there are strict liability dog bite laws that mean a dog’s owner can be held liable for a bite, regardless of whether the dog has bitten anybody in the past. However, North Carolina operates under a “one bite” rule. This means that a dog owner will generally not be held liable if their dog bites someone for the first time ever. Basically, a dog gets a “one bite” grace period.

However, if a dog has previously bitten someone or has been labeled by animal control as a “dangerous or potentially dangerous” dog, then a victim of the dog bite has a much better chance at recovering compensation for their claim. Under state law:

There are some exceptions to these laws, like for law enforcement dogs, hunting dogs, or when an individual suffers a dog bite while committing a crime. Our Charlotte attorneys can explain more.

Dog owners can be held strictly liable when their dogs attack someone if the owner allows the dog to run at large, regardless of whether it’s considered a dangerous dog. 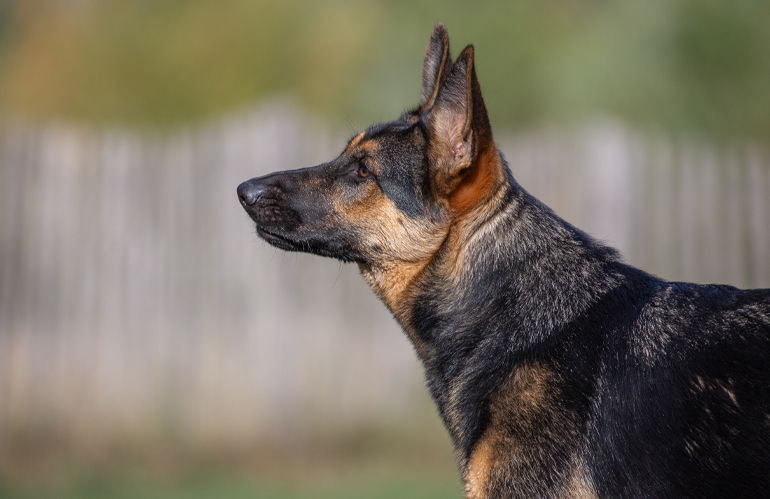 What should I do if I’m bitten by a dog?

If you are attacked by a dog, rinse your wounds with soap and water to reduce the risk of infection. Cover with a clean bandage and seek medical attention as soon as possible. You need immediate medical care if:

The experienced dog bite attorneys at Price, Petho & Associates can guide you on your next steps.

What is the value of my Charlotte dog bite injury claim?

If you or your child has been bitten by a dog, you may be eligible for financial compensation for your injuries and losses. At Price, Petho & Associates, our lawyers dedicate themselves to helping clients recover the following:

Because every case is different, there is no “one-size-fits-all” value for a dog bite case. Instead, our attorneys work hard to determine the true extent of your injuries and losses in the context of your specific life circumstances – negotiating and fighting for your best interests only.

How long do I have to file my Charlotte dog bite case?

Many dog bite injury claims can be resolved through settlements with insurance carriers, but it is always advised to have an attorney on your side to ensure your claim is negotiated properly.

In cases of severe injury, however, it may be necessary to file a legal claim against a negligent dog owner to secure the compensation to which you are rightfully entitled. In these cases, the personal injury statute of limitations in North Carolina is three years from the date the injury occurs. This gives dog bite victims a three-year window with which to file suit, or they will lose the ability to recover the compensation they need.

It's crucial to consult with a lawyer as soon as possible in order to file paperwork and begin building a strong case on your behalf.

Is there a dog bite injury attorney near me?

The main office of Price, Petho & Associates is located at 1430 Elizabeth Ave. in Charlotte, NC. We also maintain offices in Richmond County and Rutherford County, allowing the firm to serve clients across the state. If you are too injured to come to us, we can make home and hospital visits.

If you or somebody you love has sustained a dog bite injury or an injury caused by an animal attack, speak to an attorney about your case as soon as possible. At Price, Petho & Associates, our qualified and experienced attorneys have the resources necessary to stand up to aggressive insurance carriers or at-fault parties, and we refuse to back down until your case is resolved satisfactorily. To schedule a free consultation, call 704-372-2160 or fill out our contact form. We serve clients throughout Charlotte, Rockingham, Rutherfordton, North Carolina and South Carolina.