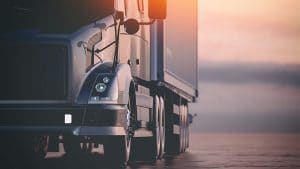 It’s no secret that distracted driving is a major cause of automobile accidents in America. From answering your phone, to changing the music, to zoning out thinking about dinner, distracted driving takes many forms. For those who are on the road for long periods of time, such as truck drivers, this can prove to be a major problem.

A new device is slowly being rolled out among the trucking community that may prevent drivers from being distracted by their phones, and therefore will hopefully prevent distracted driving accidents entirely.

As personal injury attorneys, we support any and all efforts to reduce and eliminate the number of truck accidents each year – especially ones that could have been prevented. But we also understand that for many truckers, cellphones are far more than phones. We want to tell you a bit about this new technology today, because we believe it could be a key component to safer roadways.

NoCell is a young company based in California that is taking initiative against distracted driving. Their device is a small cylinder about the size of a sports drink bottle cap. The director of business development at NoCell, Corey Woinarowicz, described its function:

The device is plugged into the phone and a connection in the vehicle. When that happens, the tool allows what he called a ‘whitelist’ of apps to continue operating. The list of apps on that whitelist would be submitted by the fleet to NoCell. Anything not on that whitelist shuts down when NoCell is operating.

The goal of the product is to decrease incidences of distracted driving. Necessary applications would still be allowed to run – for example, an app used to monitor insulin levels can be programmed into the NoCell’s whitelist, so that it can continue to operate while driving – while other social media apps can be turned off. The truck needs to be traveling at least three miles an hour before the device turns on.

If the driver disconnects his/her phone from the device while driving, the monitoring system can “drop a pin” on the map, marking the location where the device was disconnected and the phone was used. In the event of an accident or incident, the trucking company or authorities will know when the device was disabled. Now, this doesn’t mean that truck drivers can never use their phones while they are out on a job. When the truck comes to a stop anywhere and remains stopped for a period of time dictated by the individual company, the device turns off and the banned apps can be used.

According to Woinarowicz, NoCell has no policy on what can and what cannot be on the phone. He stated, “We give the customer the opportunity to enforce their policy.” Woinarowicz also said that voice calls could only be conducted with voice activation and Bluetooth.

The inspiration for this device is said to come from an unnamed private individual who was the sole backer of the entire company. This individual’s motivation for financially supporting this company was due to a terrible distracted driving crash that involved the death of some teenagers.

While these devices might be good to have in private vehicles (perhaps for new drivers or repeat offenders), with that comes a different set of problems than what the trucking companies face. After all, even if a parent tells their teen to use the NoCell device, there’s no way to make them use it. Woinarowicz offered that “the plan would be to have commercial auto insurers offer reduced insurance premiums for recorded use of NoCell, since a digital record of its application is generated by its use.”

Concerning privacy, there was quite a surprising response from the truck drivers. At first, experts thought they would be against it, but apparently a number of drivers have reported feeling less stressed due to the lack of distracting cell phone notification sounds.

Woinarowicz stated that one of the goals of NoCell is to have 200,000 commercial drivers using the device by the year 2023. The installation charge is $148 to install per vehicle, then a payment of $108 annually. By then, we should be able to see if these devices will reduce the number of truck accidents among America’s truck drivers.

How can a Charlotte truck accident lawyer help me?

If you have been hurt in an accident with a truck, then it’s important that you get in touch with a truck driver accident lawyer. A skilled attorney knows the law inside and out, and can make sure that nothing is missed when going forward with the lawsuit.

Distracted driving is a type of driver negligence, but it is not the only one. Our Charlotte personal injury lawyers can also represent you if you are injured because of:

Distracted driving cases can be especially difficult to prosecute as they can often be difficult to prove, but the experienced truck accident lawyers of Price, Petho & Associates know exactly what to do in order to present the best and most clear evidence. They are experts at gathering the evidence, knowing how to prosecute the driver who injured you. You deserve compensation for your pain and suffering, and we know just how to get it. Call Price, Petho & Associates at 704-372-2160 or use our contact page to schedule a consultation at our offices in Charlotte, Rutherfordton, and Rockingham.